How to Ensure A Spooky Halloween in Japan This Year Halloween in Japan is something everyone should experience. If you’re unsure of what to do this year, check out our recommendations to guarantee a fright-filled night this October.

This was my reaction when several of my English conversation students told me that Halloween was celebrated differently in Japan. I was taken aback. Just how different could it possibly be?

When Did It Arrive? 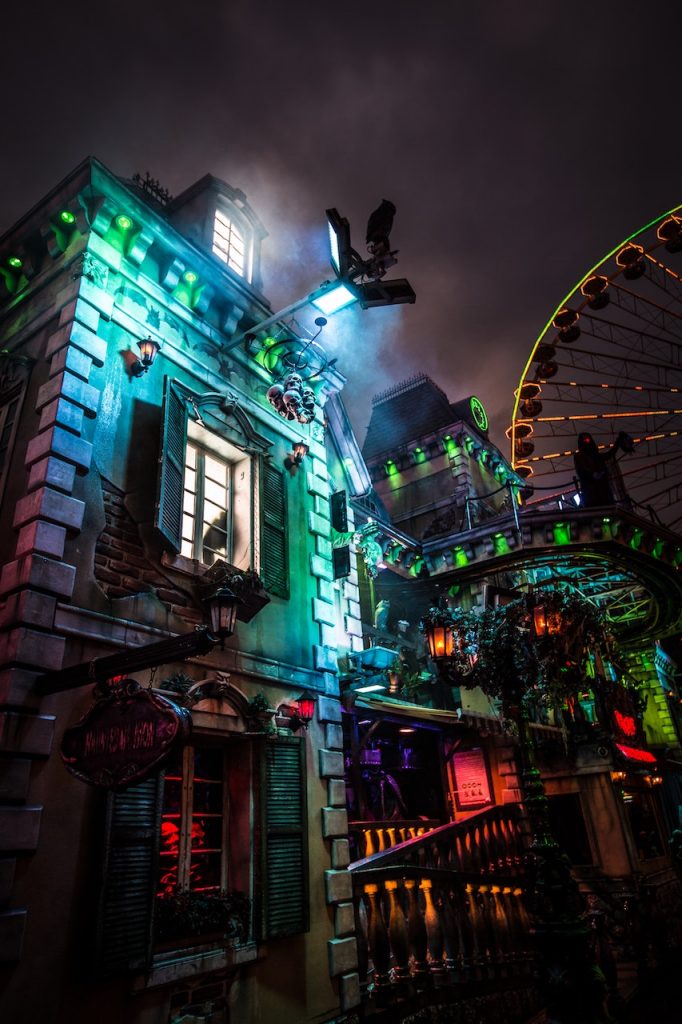 Halloween exploded onto the Japanese scene in recent years and has not looked back since. Speaking to my older students, several of them recounted having no idea what Halloween actually was during their childhood. This was such a baffling concept to me. Growing up in England, I had been annually donning my Batman outfit to take part in a night of trick-or-treating since before I could string a coherent sentence together!

There was not a specific moment where Halloween was revealed to the Japanese people. Rather, it was more of a gradual realization. Through a mixture of globalization and a desire to study other cultures, theme parks and international schools began introducing the concept of Halloween to their patrons through seasonal events or decorations. Now, fully realized, it has evolved into the phenomenon we witness today. 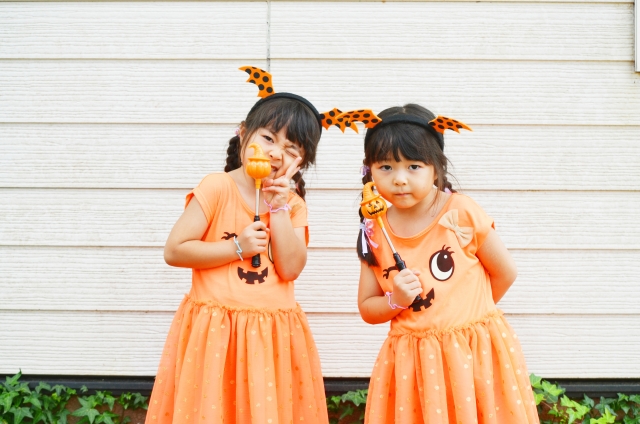 As many of you know, trick-or-treating involves dressing up in fanciful costumes, venturing door to door around your neighborhood, and asking the residents of each house for free candy. Unfortunately, multi-story apartment buildings (very common in Japan) do not inherently lend themselves to this tradition.

Neither short-circuiting the building’s power supply through constant elevator usage, nor trekking up flights of stairs to reach the twenty-third floor, are really accessible to a small child wrapped head to toe in toilet paper asking for candy. I lived in a cul-de-sac when I was a child, so trick-or-treating was no problem for me. Even when I moved into an apartment in my later years, occasionally I would receive a gleeful knock on my door come Halloween. Despite its inefficiency, trick-or-treating is in no way reserved for those with a five-bedroom mansion and a sprawling neighborhood of potential residents to choose from.

Not only this, but the uninvited intrusion is also not a part of Japanese culture. Be it on the train, at home or at work, invading someone’s personal space in Japan is not looked upon kindly—all the more so if done while wielding a plastic knife covered in fake blood.

Likewise, the advent of house parties never really made the transition over to Japan either. After outgrowing the need to stuff my face with candy every October, I replaced it with the more grown-up tradition of partaking in alcohol instead. If asked, I could recount several Halloween house parties in England that I have attended over the years and the common denominator in all of the venues I visited was an abundance of space (numerous rooms, two floors, etc). It isn’t too hard to see why a typical two-room Japanese apartment isn’t the right fit for a large party (unless you plan on bobbing for apples in the kitchen sink).

Moreover, the consideration of others is very important in Japan. In Japan, it is customary to try one’s best to avoid causing an inconvenience to those around you, and the noise pollution that comes in tandem with a house party, needless to say, can have the opposite effect.

So, if everything you usually do during Halloween is a no-go in Japan, how exactly are you supposed to celebrate the season? Here are some ways to ensure that your Halloween in Japan is a memorable one. 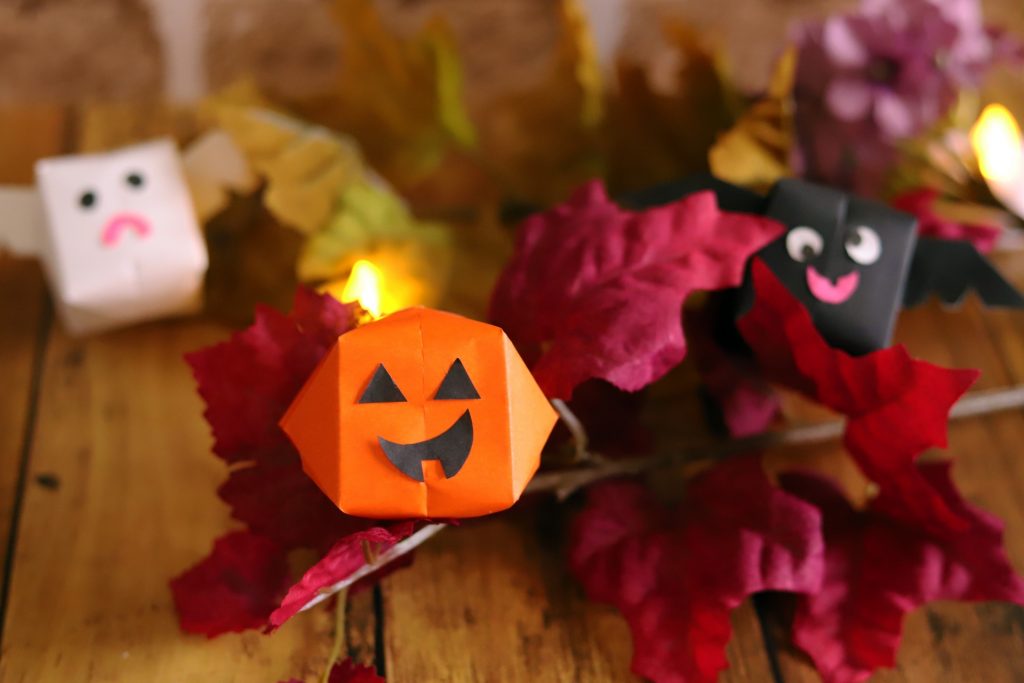 If you enjoy boisterous parties but are struggling to fit all your friends inside your tiny condo, it doesn’t mean you can’t get into the Halloween spirit in other ways. Several stores offer a cavalcade of options when it comes to adorning your home or workspace.

Origami is the well-known Japanese tradition of folding paper in order to create incredible works of art. It isn’t too hard to find a guide on how to turn any colorful piece of paper into a pumpkin, bat, or any other spooky creature you can think of. So why not flex your artistic muscles and transform your living room into a spooky crypt this Halloween season?

I Asked for It “Well Done”, Not Charcoal! 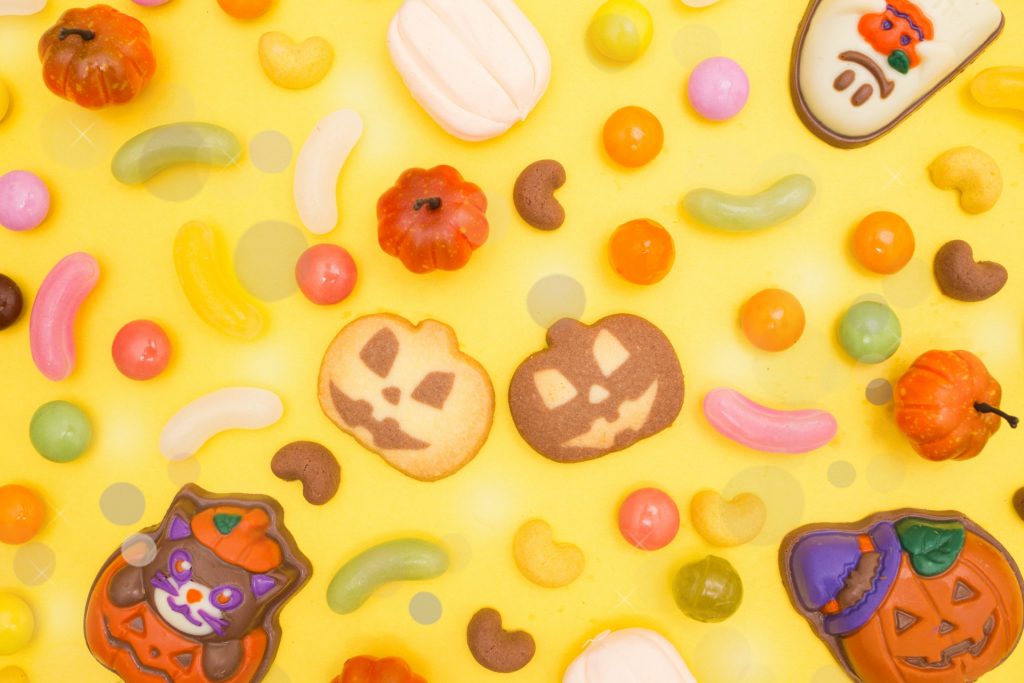 Eateries don’t shy away from Halloween traditions either. Wherever you plan to do your dining during the holiday, be prepared for an array of seasonal menus to keep you questioning just how something that looks so unusual can actually taste so good!

Let me take your minds to a tepid morning in early October, where I was attending an early lecture at Waseda University as an exchange student. At the time, I was running a little late and had no time to make any breakfast. Thankfully, several fast-food restaurants were within a short walking distance, and I was able to find and order for myself a pitch-black burger.

I must admit, I was hesitant to take a bite at first. But after several hearty chomps, I had to concede that it was truly delicious. Upon finishing my third round, I felt compelled to scour the internet to see exactly how they managed to create this item.

This was when I discovered that many restaurants use squid ink as black food coloring during the Halloween season! While I’ll confess that dyeing my food this way wouldn’t be my first inclination—perhaps because I’m not a seafood fan—the final product had a certain appeal. My verdict: 8/10—would happily be traumatized again.

Despite my initial reluctance, I wholeheartedly recommend that you step out of your comfort zone and sample some of the ghastly-looking treats available this Halloween. You might find yourself pleasantly surprised. If fast food isn’t your style, cafes and eating spots such as Starbucks or Mister Donut also offer Halloween–themed treats that can compensate for the lack of free chocolate you’d receive on a night of trick or treating. Stores are dotted all over Japan, so you shouldn’t have to look too hard to find a tasty snack.

And It Turned Out...the Old Woman at the Ramen Shop Had Already Died 10 Years Ago And the Phone Call Was Coming From Inside the House! 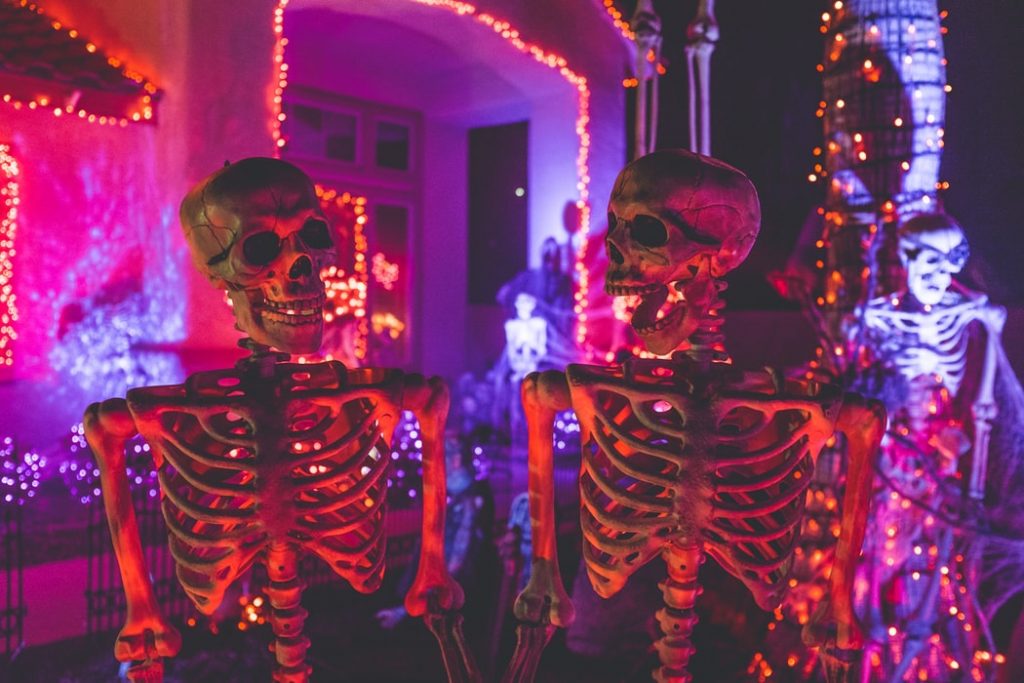 Indulging in a good horror story is what Halloween is all about. Sure, you can watch a movie or read a novel, but it just doesn’t quite compare to sitting around an illusory campfire and sharing tales of ghosts and goblins.

Japan is no stranger to folk tales or urban legends. While spiritual ancestors are celebrated during the August festival of O-bon, take this time to familiarise yourself with the kinds of spirits better left forgotten. Featured extensively throughout Japanese history, spirits such as Yokai are known for their mischievous and often frightening antics. Also featured in several masterpieces of traditional Ukiyo-e (woodblock print) artwork, some of these devilish ghosts are said to roam about Tokyo and lure unsuspecting passers-by to an unfortunate fate.

If you happen to live near Hiroshima Prefecture, be sure to check out the Miyoshi Mononoke Museum for an in-depth look at these dangerous monsters. This year, spend the holiday season startling your friends with tales of the ‘Kuchisake-Onna’, a disfigured spirit who kills all who condemn her beauty, or the ‘Kappa’, turtle-like entities known for drowning children who foolishly wander into their lakes. Perhaps it’s best that children in Japan don’t go trick-or-treating after all.

Slap on That Naruto Headband and Hit the...Computer Screen? For those looking for a more laid-back costume viewing experience, several online costume contests will be held this year where entrants can showcase their designs in a short video for the opportunity to win a generous cash prize. Cosplay is where Japan really comes into its own during Halloween. Maybe you’ve worn a costume to a party before. You dusted off those cat ears and popped them on to gain entry into a costume–only rave. That won’t suffice here I’m afraid. Tokyo goes above and beyond with their commitment to creating some of the most creative and unique costumes I have ever seen.

My personal favorites include the 映画泥棒 (‘Eiga Dorobo’ or ‘Movie Thief’), often seen at Toho and many other cinemas across the country, and a living breathing JR Line train spouting popular stations as it paraded up and down the streets!

Feel free to pick your poison. Get to work designing a costume so unique that you’ll be in the running for a hefty pay-out, or sit back, relax and enjoy the master craftsmanship of these cosplayers from the comfort of your own home.

Where Are You going? Halloween in Japan is a unique experience that offers something for everyone. As is often the case, Japan has imported a Western tradition, keeping certain key elements while also transforming it into something unique and entirely its own. Whatever you enjoy doing, you won’t be disappointed spending this spooky holiday in Japan. Stay safe and healthy, and I wish you a very happy Halloween this October! 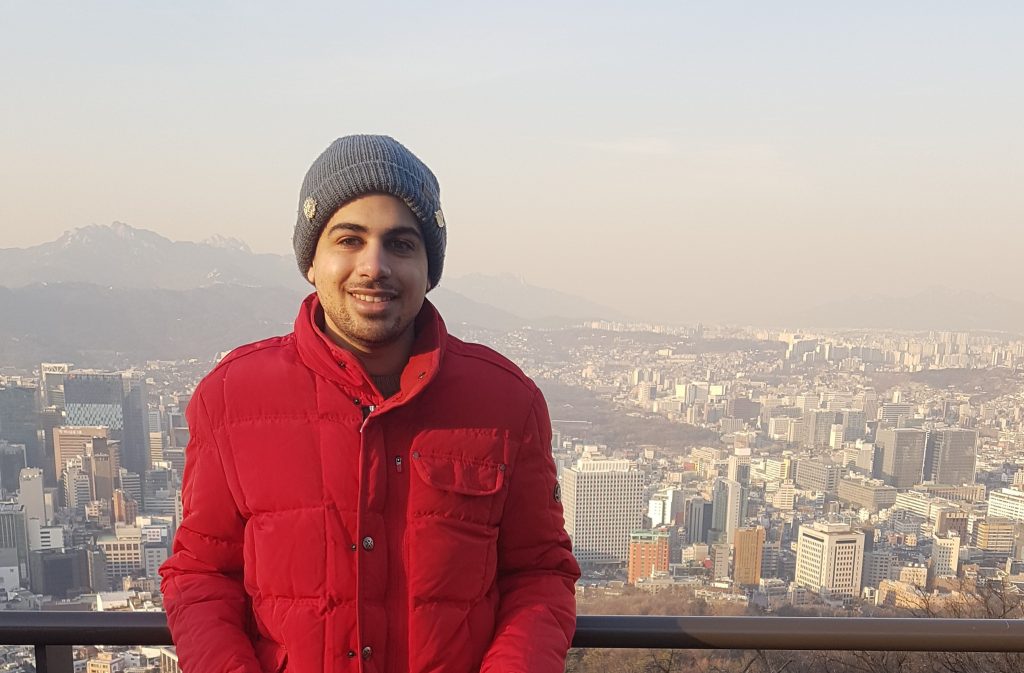 Hailing from a small town in England, Ruel made his first trip overseas in 2016, where he studied for one year at Waseda University. After graduating with a B.A in English Literature, he relocated to Japan and began working as an English conversation teacher at b わたしの英会話, a school targeted toward female students.    An aspiring author and avid anime enthusiast, he writes fiction during his spare time and writes essays on all things anime. It is his dream to one day create a work of fiction to move the next generation in the same way he was moved all those years ago.