A Short Tale of Tempura: From its Early Origins to Today Hungry for history? Discover the origins of tempura and how best to enjoy this Japanese dish!

My first memorable encounter with tempura was as a student, at a small, intimate specialist restaurant around Tokyo’s Waseda neighborhood. Tucked discreetly between residences, the sole indicator of the store’s existence was the hanging noren curtains bearing the characters for “tempura.” Sliding open the door, we were warmly greeted by the elderly couple behind the counter who ushered us to take a seat. With intense concentration and precision of movement, the chef would quickly dip each ingredient into a bowl of batter before plunging them into a pot of boiling oil. Out they came, piping hot and golden, each bite simultaneously crisp and light on the outside while remaining juicy on the inside.

Tempura is a culinary delight that is much-loved both within and beyond Japan. The dish generally consists of seafood—prawns and white fish are common—and a variety of vegetables, which are lightly battered and fried. Undeniably delicious, tempura also has a fascinating history that stretches back hundreds of years to Japan’s early contact with Europe. Read on to discover its early origins, how it has developed over time, and how to best enjoy the dish as it is today.

Now considered a staple of Japanese cuisine, tempura’s origins can in fact be traced back to Portugal. During the 1500s, Portuguese traders and missionaries were based in Nagasaki, a city in the southern island of Kyushu. Along with the introduction of guns and Christianity, this contact brought to Japan the Portuguese dish known as peixinhos da horta. Meaning “little fish of the garden,” this meal of fried green beans was often eaten on Lent or Ember days, during which Catholics must abstain from eating meat. While there are a few theories about the name “tempura,” one common belief is that it came from the Latin word “tempora,” referring to this time of fasting.

Tempura was originally considered a luxury in Japan due to the steep cost of sesame oil necessary for frying. However, oil-based cooking became more common during the Edo period (1603–1868) which saw an increase in the production of rapeseed oil for lighting. For most of this period, the term “tempura” actually referred to different things depending on the region. In the western Kansai region around Osaka, tempura was closer to satsuma-age—a seasoned fried fish cake. Whereas the variety that developed in Edo (present-day Tokyo) bears more resemblance to what we know as tempura today. 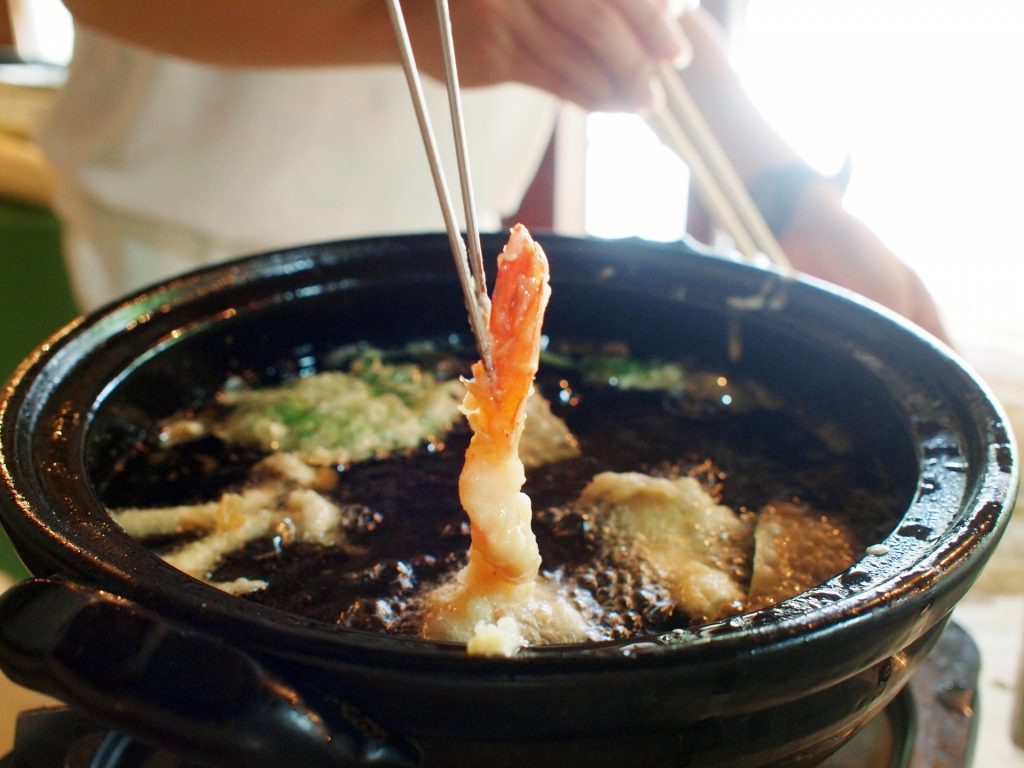 Given the fire risk of frying in wooden buildings, oil-cooking was prohibited in Edo’s tightly packed residential areas. Instead, tempura was sold as a skewered snack at street stalls. Eaten on the spot and inexpensive, this lightly battered fast food featuring fish, prawns and vegetables, had become a popular dish for commoners by 1770. Its significance during the Edo period was so great that it is considered one of the ‘three flavors of Edo’ (edo no zanmai), along with soba and sushi. By the beginning of the Meiji era (1868–1912), the establishment of specialist tempura restaurants reinstated the dish as a form of luxury cuisine.

Tempura’s status has subsequently fluctuated, largely based on the accessibility of cooking oil. During the 1920s, the high price of cooking oil meant that it was a dish largely reserved for special occasions, with food shortages during World War Two further rendering it an unattainable extravagance for many. However, with the rapid economic growth of the post-war period, edible fats and oils increased in production and deep-frying became easier and more affordable to do at home. These days, a wide range of tempura is available, ranging from the cheap and cheerful variety to high-end feasts, with plenty of excellent options in between.

How to Eat Tempura

The variety of ingredients used for tempura is extensive so be sure to eat around and sample the delectable diversity on offer. My personal favorites include maitake mushroom, burdock root, shiso (perilla leaf), and renkon (lotus root). Abundant during spring, wild mountain vegetables known as sansai also make for delicious tempura—think fresh ferns, leaves, and bamboo shoots that offer a satisfying crunch. Directly prior to frying, ingredients are dipped in a mixture of wheat flour, egg, and cold or icy water. This is beaten lightly to retain lumps of flour and air bubbles which ensures a light, rather than doughy, batter. 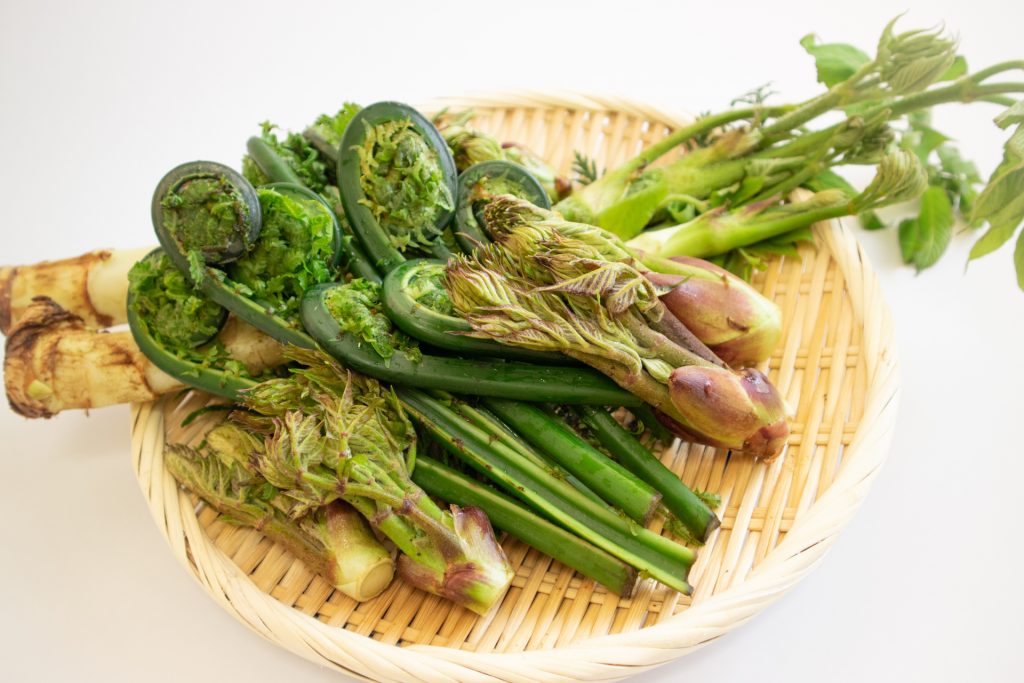 Tempura is often accompanied by ten-tsuyu, a dipping sauce made up of dashi stock, soy sauce, and mirin (sweet rice wine). Grated daikon radish or ginger can be added to provide a refreshing zing and contrast with the fried morsel. You may also come across tempura seasoned with a simple dash of salt, chosen so that diners can savor the full flavor of the ingredients. Seasoned salts have also become more common, with the likes of matcha green tea, wasabi, citrus, or curry spices mixed in.

When served an assortment of tempura, it is recommended to begin with the lighter ingredients and work your way through to those that are heavier or stronger in flavor. Prawns, small fish, and green vegetables tend to come before conger eel and starchy root vegetables. You may notice that the ingredients are placed on the serving plate following this logic, in which case you should work your way from the front to the back. At tempura specialist restaurants, known as tempura-ya, the guesswork will likely be taken care of, as the chefs generally bring out the ingredients in the order they are to be consumed. 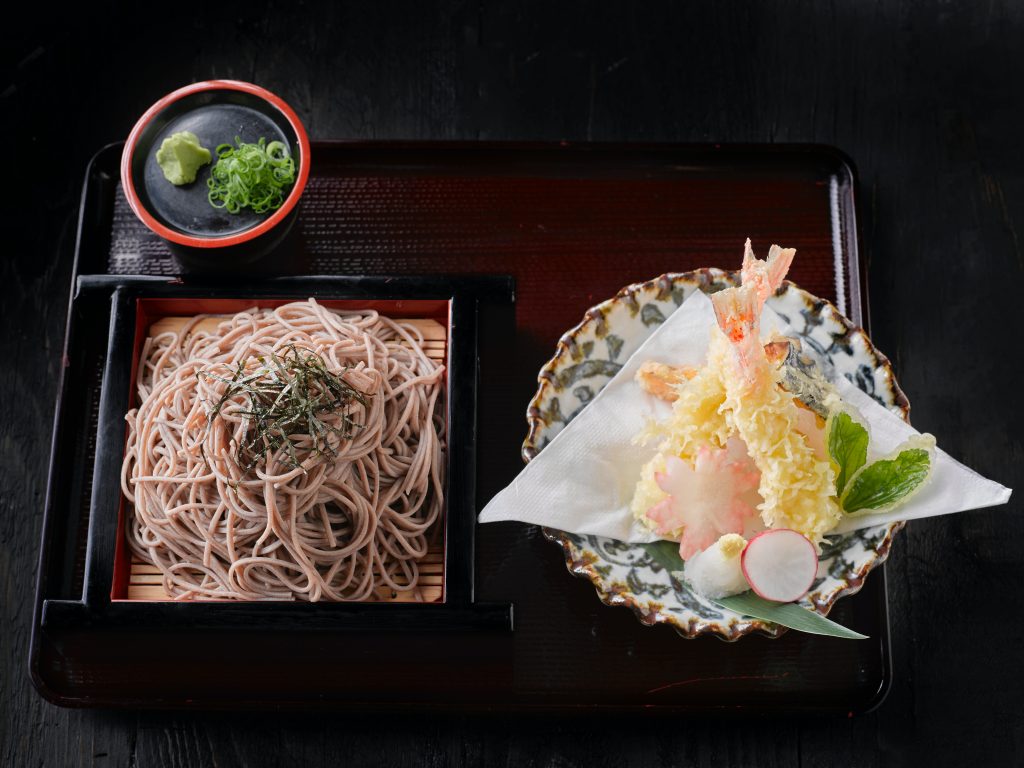 To experience tempura at its finest, be sure to visit one of these specialist restaurants, where years spent mastering a single dish has resulted in exceptional culinary expertise. Although deep fried, the result is far from oily—a treat for which your tastebuds will be forever grateful. Alternatively, soba and udon restaurants are also great options. You can sample tempura atop or alongside hot bowls of soup, or during warmer months as an accompaniment to chilled noodles. For a quick and filling meal, try tendon—bowls of rice topped with tempura and drizzled with a thick, sweet soy sauce.

Keep an eye out for regional variations when traveling beyond Tokyo, as there are some intriguing ingredients unique to particular areas around Japan. Visit Oita Prefecture in Kyushu for toriten chicken tempura, or Shizuoka for their tea leaf tempura. Osaka is known to use beni shoga (red pickled ginger) and maple leaves, while northern prefectures such as Aomori and Iwate deep fry senbei rice crackers. Given Japan’s regional diversity, it is always interesting to try a different take on a staple dish. 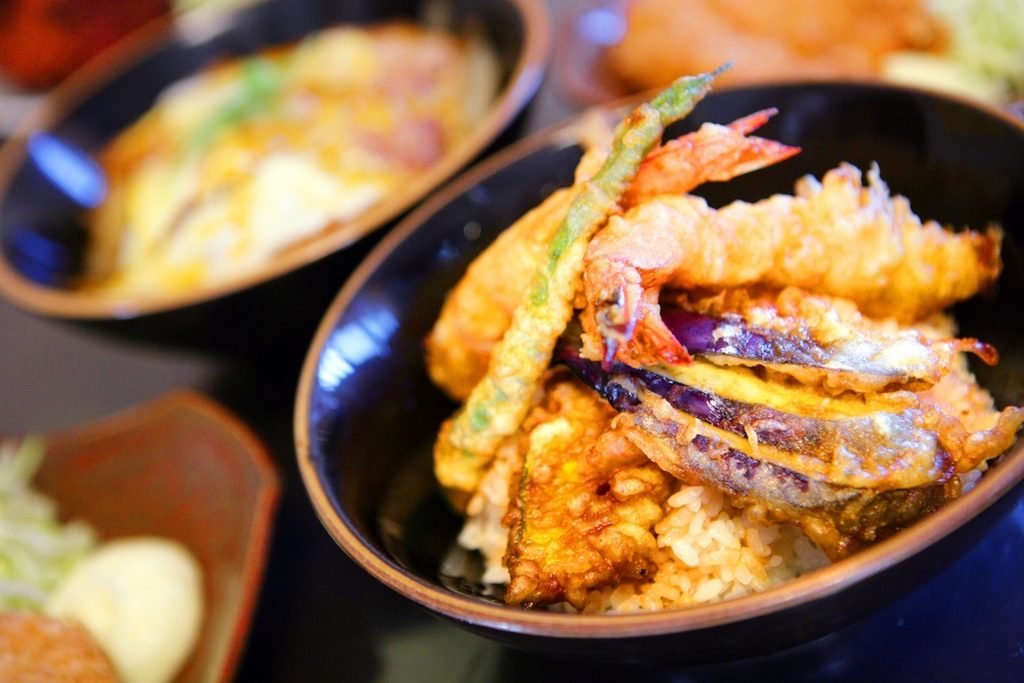 Though I’ll concede that fried food is not everyone’s cup of tea, well-cooked tempura has been known to win over skeptics in a single light and crisp bite. Vegetarian? Fear not—with a wide variety of plant-based ingredients and a number of establishments offering vegetarian options, you are guaranteed not to go hungry. Worst-case scenario, your dining companion scores an extra prawn while you focus on the eggplant. Whatever your tastes, this dish is a culinary gem. Rich in history and full of flavor, tempura is worth traveling for whenever you next have the opportunity to explore Japan. 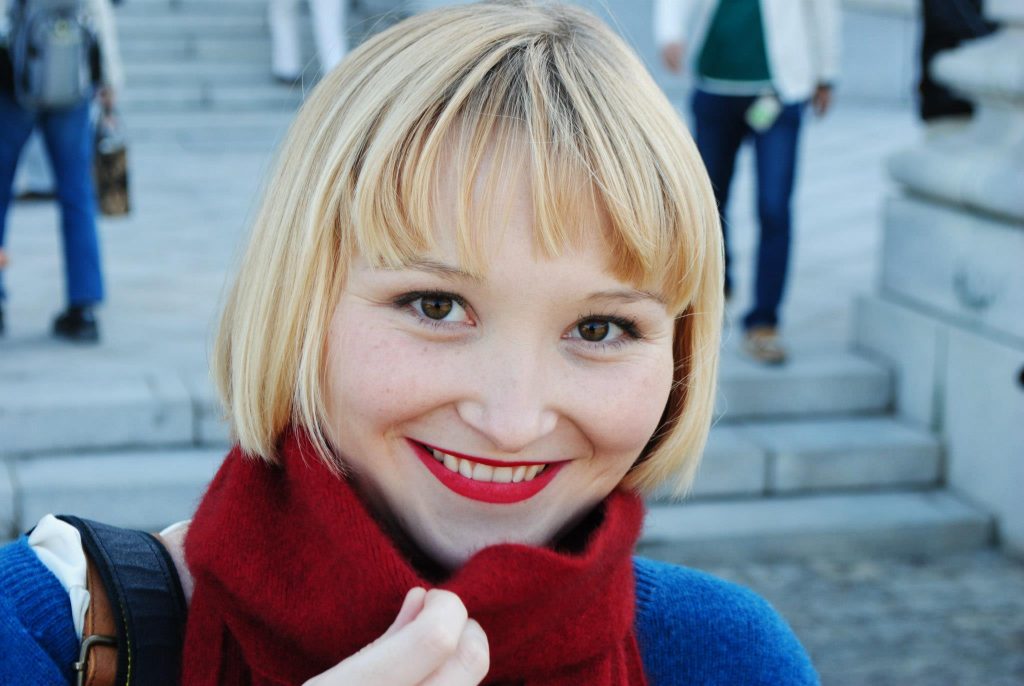