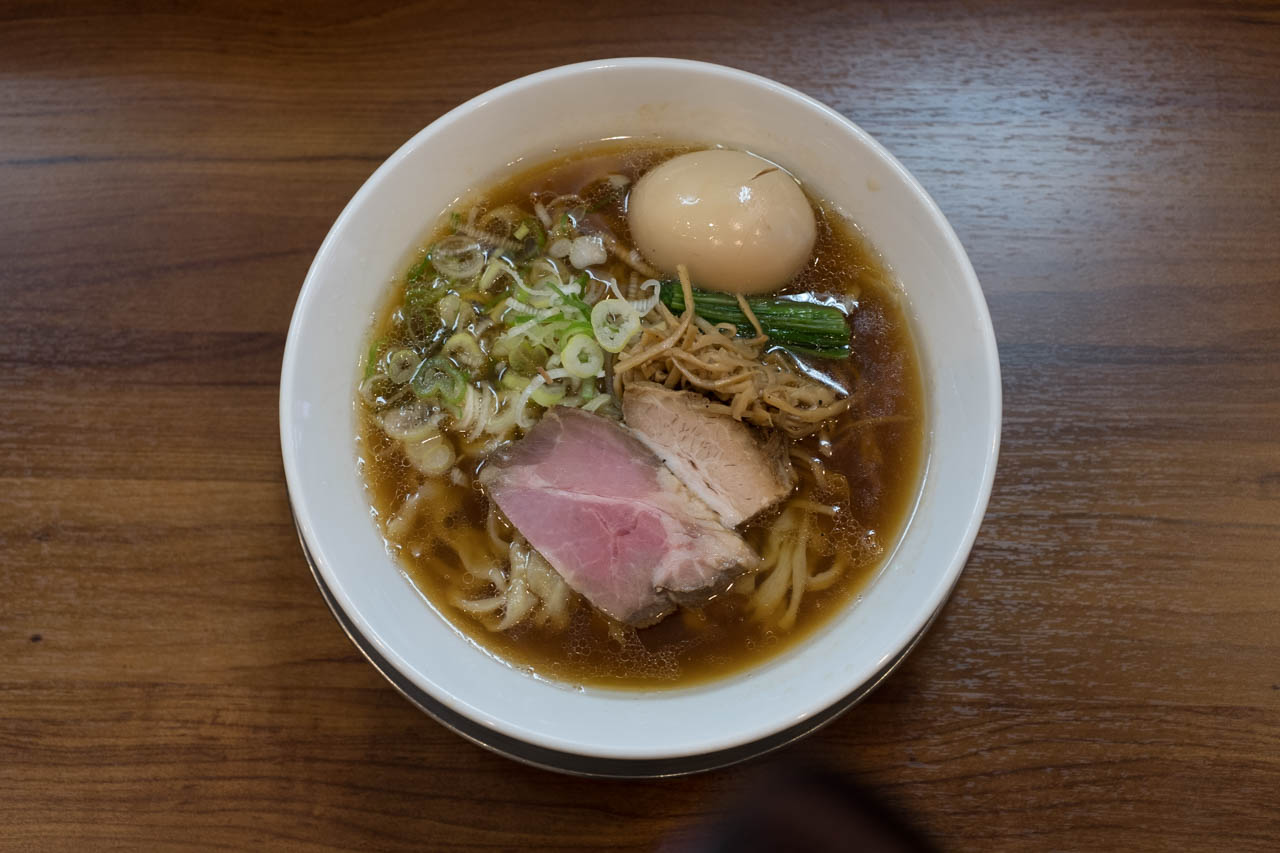 Shoyu ramen is the most traditional style of Japanese ramen. Bone broth is flavored with soy sauce for an intense but satisfying bowl of comfort food. Explore shoyu ramen in our ongoing ramen series.

While the roots of ramen can be traced back to Chinese-style soup noodle dishes, it isn’t so clear as to what makes Japanese ramen truly Japanese. Is it the use of dashi (or in most cases a few scoops of pure MSG) to add a layer of umami to the broth? Is it the unique toppings? Is it the shoyu? Some people point to shoyu, soy sauce, as a major difference between Chinese and Japanese soup noodle dishes. Sure enough, Asakusa Rairaiken (淺草 來々軒), considered one of the earliest shops in the ramen boom, featured a soy sauce-based bowl of ramen. This shop opened in 1910, closed in 1944, and reborn in 2020 at the Shin-Yokohama Ramen Museum. 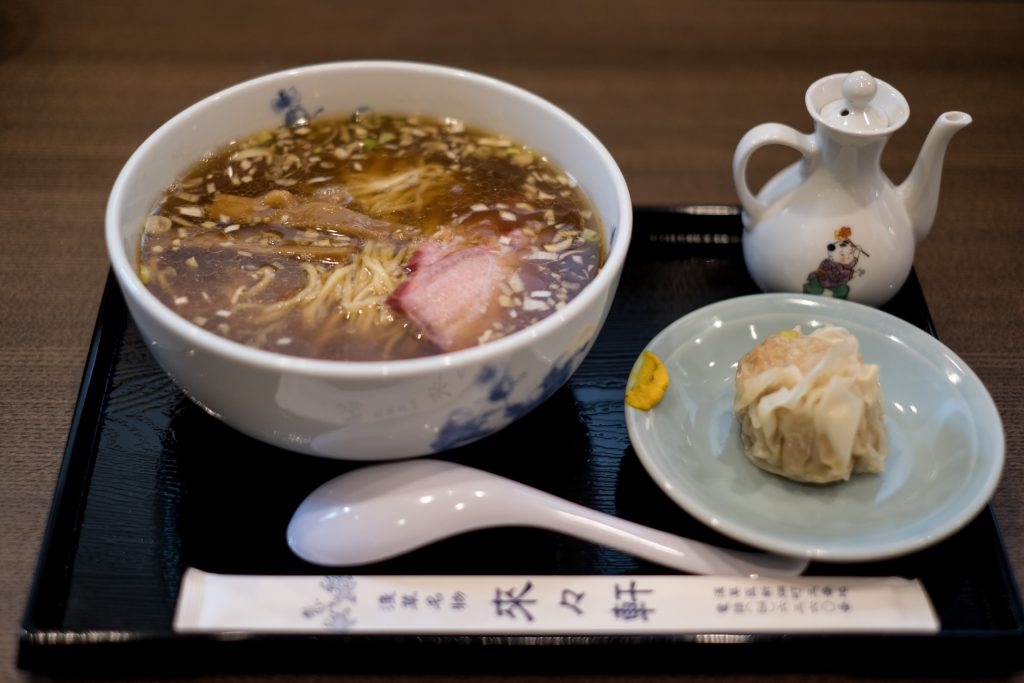 The shoyu in shoyu ramen is referring to the tare in the soup. Tare literally means sauce but is best thought of as the salty component of ramen. The giant pots of boiling soup in ramen shops are usually completely unseasoned, relying on a separate liquid to provide all the seasonings. This tare, added into the bowl just before serving, is often considered a shop’s secret ingredient. While some recipes call for only soy sauce, mirin, and sugar, others add umami-rich ingredients like dried mushrooms, kombu, and fish. Some Tokyo shops have upwards of 20 ingredients in their tare. With a wide choice of soy sauce styles on the market, ramen masters can create a truly unique taste combination with their tare. The broth itself can be much more simple for a shoyu ramen. It’s often just chicken bones, pork bones, and some aromatic vegetables to round things out. A famous style from Chiba Prefecture called Takeoka-style even forgoes the broth altogether, using only a strong shoyu tare and hot water for their ramen soup. 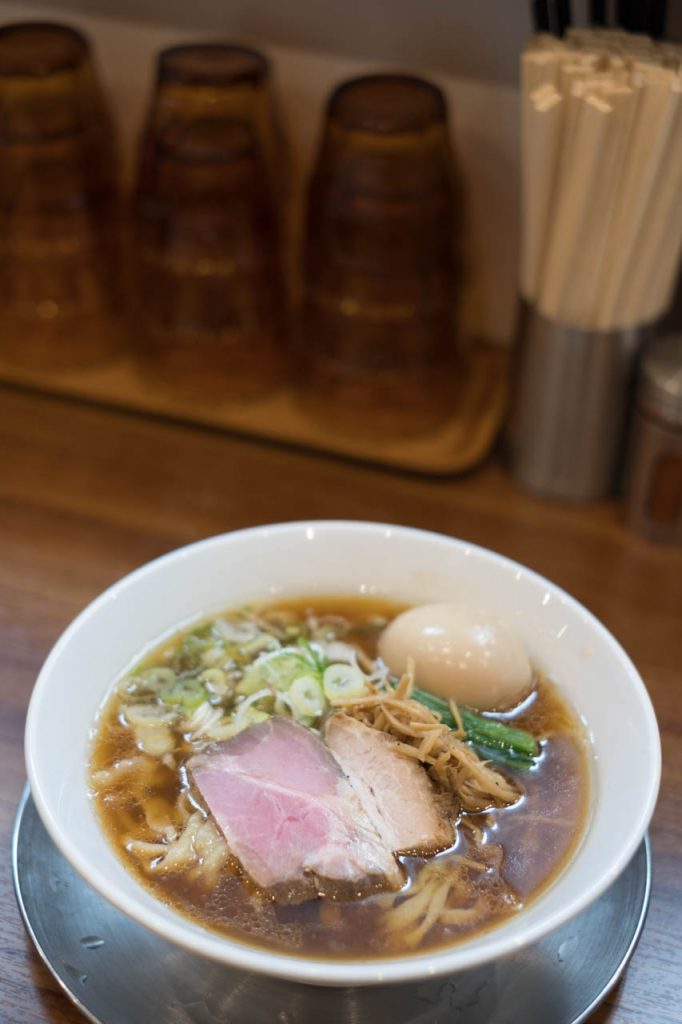 It is fitting that while Rairaiken started with a shoyu ramen, the current trend in Tokyo ramen shops is back to shoyu. These days, ramen chefs tend to go the kodawari route using expensive, high-quality ingredients like specialty chicken and kombu sourced from Hokkaido to make their soups. Noodles are often handmade in the shop. While there are many highly regarded shops doing this kind of ramen, Jun Teuchi Daruma (純手打ち だるま) near Nakano Fujimicho does a particularly stand out bowl. It’s done in the teuchi style, meaning the noodles are hand-pressed before boiling for a chewier bite. For a more traditional bowl of shoyu ramen, head to Chukasoba Tagano (中華そば 多賀野) in Nakanobu for a classic bowl. 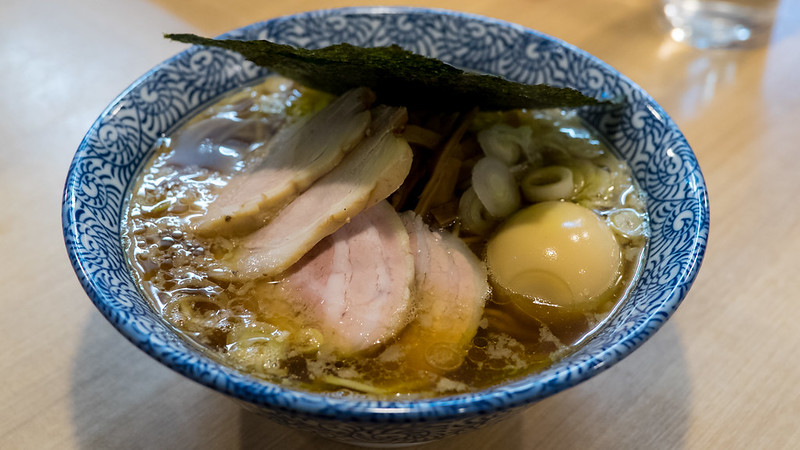