Onsen: Dip Into the World of Japan’s Hot Springs 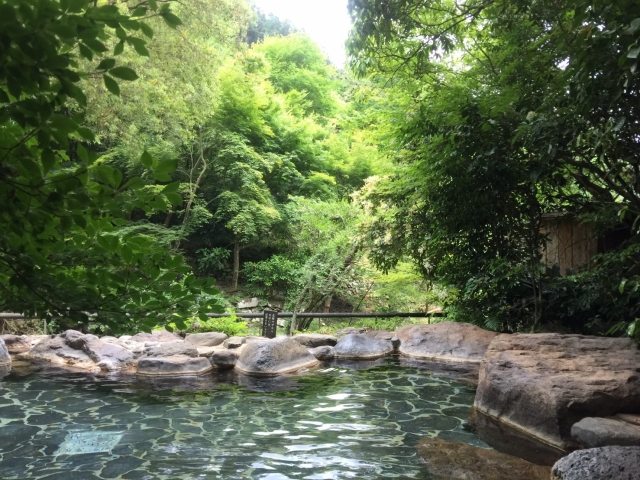 Read on to learn what’s what when it comes to bathing in Japan.

An enduringly popular pastime in Japan, hot spring bathing is often high up on the to-do list of visitors to this powerfully thermal island nation. Similarly, ask anyone who has ever lived in Japan what they miss most about living here and I’ll wager that the country’s bountiful hot springs and bathing culture will come up. It’s world-renowned, and for good reason—the highly volcanic Japanese archipelago boasts over 20,000 hot springs facilities, known in Japanese as ‘onsen’ (温泉).

So what is it about Japan’s hot springs and bathing culture that is so appealing? There are many reasons to love onsen, whether for their ability to relax tired minds and muscles, offer respite from the franticness of daily life, or warm the body during colder months. Along with the more obvious soothing aspects of the practice, bathing can also be a wonderful social experience. Some of my most uplifting moments have come from being drawn into conversations at the local bathhouse.

Japanese have been bathing in hot springs for hundreds of years and have developed a deep tradition around the practice. So if you’re looking for a uniquely Japanese experience and could do with some relaxation, then a visit to an onsen is the perfect thing. Hot springs have a long tradition in Japan and are fabled to have been used since antiquity. In fact, they appear in some of Japan’s earliest texts from the eighth century, such as the Kojiki and Nihon Shoki. According to these records, Dogo Onsen on the island of Shikoku, Arima Onsen in Kobe, and Shirahama Onsen in the western prefecture of Wakayama are believed to be Japan’s three oldest hot springs. 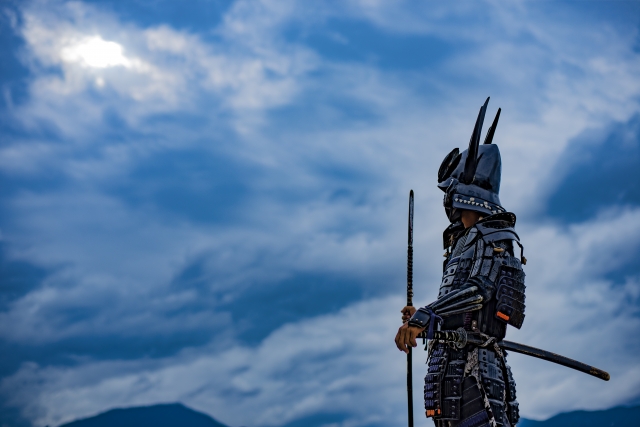 It is thought that early instances of onsen bathing were primarily tied to religious purification practices, such as rituals carried out by Buddhist monks. Onsens were also valued for their curative and therapeutic properties, and records suggest that during Japan’s “Warring States” period (Sengoku jidai, 1467–1568), injured soldiers were brought to onsens to recuperate. There’s even the suggestion that many medieval hot spring resorts developed as therapeutic baths because they were actively used by warlords, samurai, and monks. During the feudal Edo period (1603–1868), not only the warrior class, but—if granted permission—common people were also allowed to visit onsen resorts, often for weeks at a time. Skip forward to the twentieth century and Japan’s post-war economic growth, and onsen towns developed rapidly around railway networks, becoming increasingly popular with easy access from the cities. The mid-1980s also saw an “onsen boom”, as onsen trips became especially popular with female office workers, and the bubble economy spurred growth and consumption. No longer therapeutic resorts for warriors and monks, these days onsen towns are primarily tourist destinations offering rest and relaxation, and they remain immensely popular amongst Japanese residents and visitors from overseas alike. Bathing facilities can be roughly divided into two categories—onsen and sento (銭湯). To be classified as an onsen, baths must use naturally hot water sourced from geothermal springs. In fact, if you want to get technical, the water must be at least 25 degrees celsius or contain one of the nineteen minerals specified by the onsen law! When you visit an onsen, you may see a description of the specific qualities of their spring water and the purported benefits. For example, waters classified as acidic are said to help dermatitis, while sulfate springs are thought to help people with sensitivity to cold. 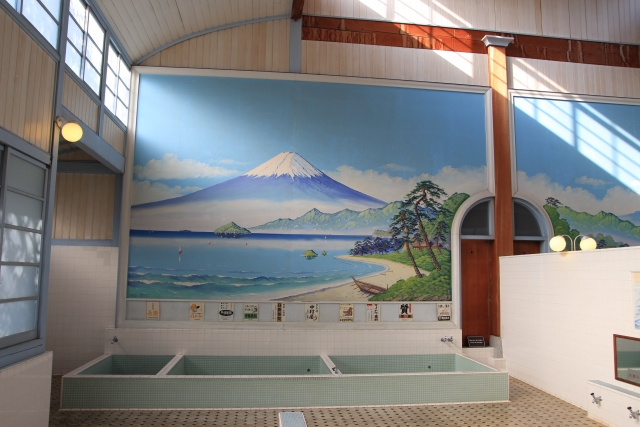 Sento, on the other hand, are public baths that use heated tap water and are generally more utilitarian in design. Before baths were common in the home, these facilities played a central role in neighborhoods, both as spaces to clean oneself and to socialize. Although numbers are on the wane, sento can offer an intimate glimpse into neighborhood culture, and often the nostalgia of a bygone era. You may have also heard of ‘super sento’ (スーパー銭湯), which are much larger, modern iterations of the humble sento. Sometimes resembling theme parks in their scope, super sentos can include water slides, restaurants, hair salons, massages—even manga libraries! Sento can offer a more affordable alternative to onsens, and are often more accessible to city-dwellers.

Open-air baths which can be attached to indoor bathing areas. They often boast beautiful natural views or are designed with a tranquil, traditionally Japanese aesthetic. Private baths that can be reserved for a time-slot, often at a traditional ryokan inn. Kashikiriburo are popular with couples and families wanting to bathe together. They are also a good option for guests with tattoos, who may get turned away from shared facilities (read more under Onsen Tips). A cauldron-shaped one-person bath named after a legendary Japanese outlaw who was boiled alive for an attempted assassination. I promise your experience will be infinitely more pleasant. Foot baths which are often found in public areas in onsen towns, free of charge. Konyoku refers to mixed-gender bathing. Mixed bathing has a long history in Japan but many of these baths have closed since Japan opened to the West in the mid-19th century. It is common for women to bring or rent a towel to wrap around their bodies, while men can get away with a small hand towel.

Although uncommon, you can find a number of swimsuit-friendly onsens if you actively seek them out. These tend to be in the style of waterparks or more low-key mixed pools, such as those tucked beside rivers.

A sand bath heated by thermal steam. Bathers don yukatas and are buried neck-deep while reclining in warm sand. Perhaps the best way to get your fill of hot spring bliss is to visit one of Japan’s many onsen towns, where accommodation and facilities have developed around natural spring sources. Many towns include ryokan (旅館), traditional Japanese inns which commonly feature tatami mat flooring, futon bedding, bathing facilities, and provide guests with yukata robes. A stay at a ryokan will also typically include meals, often with a lavish multi-course dinner known as kaiseki (会席), and a traditional Japanese breakfast. While you can sometimes opt for a simple meal-free plan known as sudomari (素泊まり), I would highly recommend treating yourself to the full experience. This is a chance to indulge your senses and witness Japan’s famed hospitality first-hand. 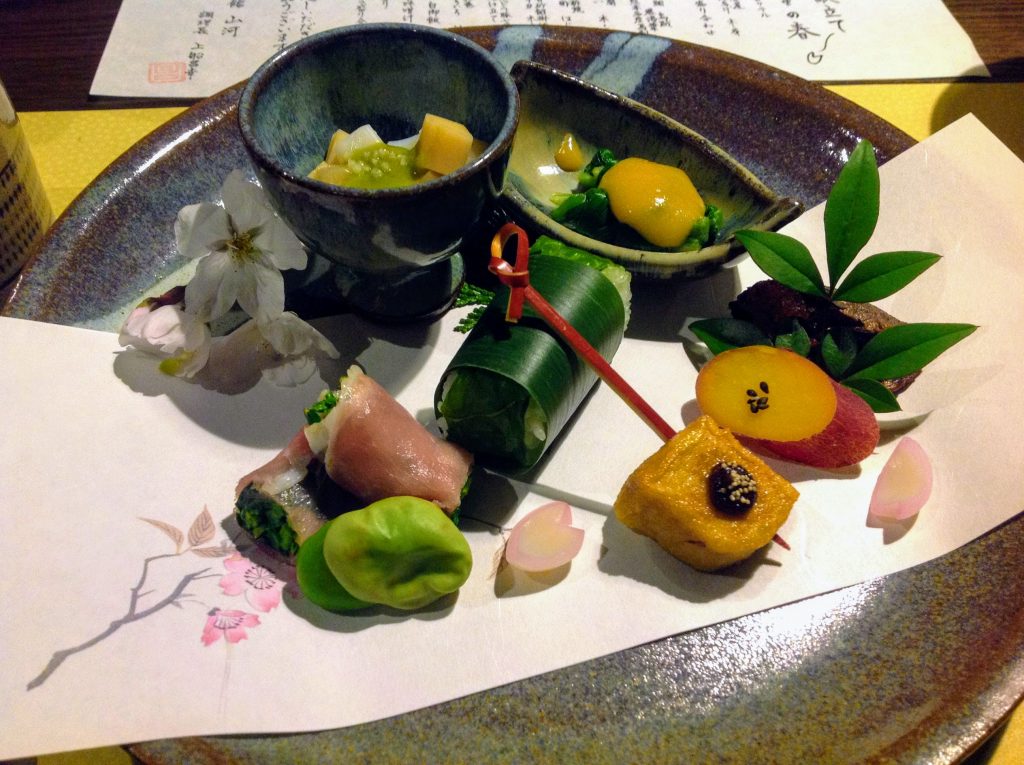 In Japanese, yumeguri (湯めぐり) refers to visiting multiple hot springs facilities. Some towns offer passes that give you access to a number of baths, or this might be provided as part of a ryokan’s accommodation package. This is definitely something to make the most of if you get a chance. Don a yukata, slip into geta sandals, and stroll the streets, hopping from bath to bath. There are few things more charming than the clip-clop of wooden geta along atmospheric streets beside winding streams or lined with willow trees. 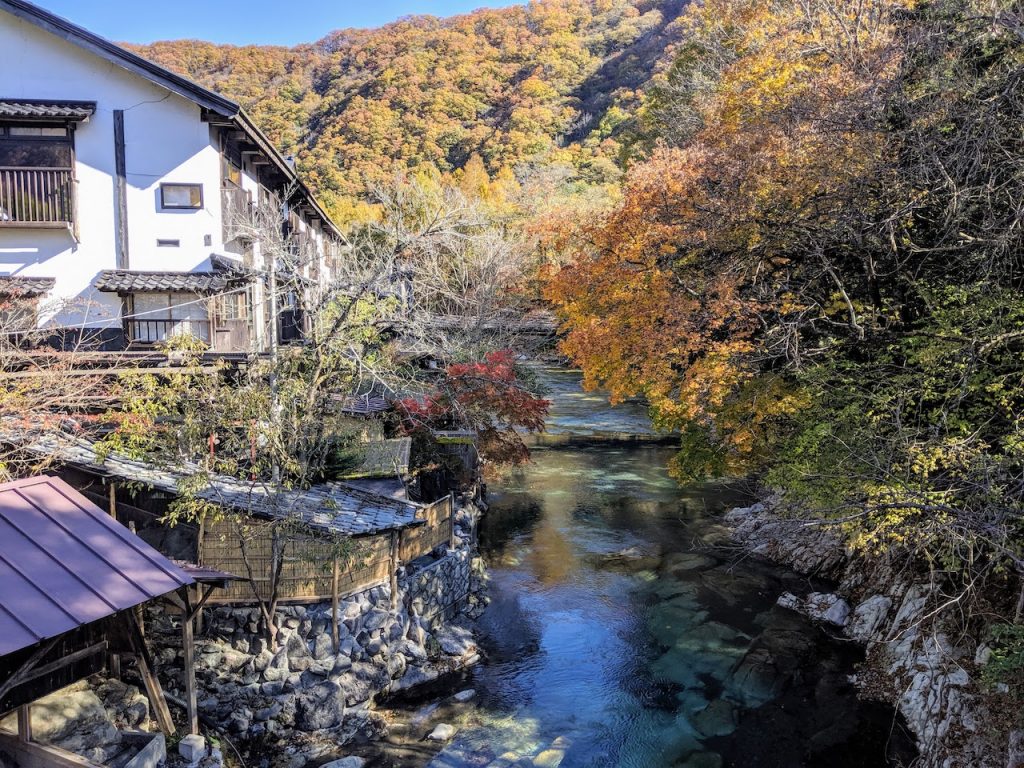 If you get peckish while wandering the town, look out for baskets of eggs submerged in water. These are onsen tamago (温泉卵)—a popular snack where eggs are boiled in hot spring water and sometimes served with salt. For a small price, you can often buy a single egg and eat it there and then. Having refueled, you might also like to try an outdoor foot bath—another common-stay feature of onsen towns. Generally free to the public, these ashiyu are a nice way to take a break outdoors while warming chilled or tired feet.

Before you head to an onsen, it helps to know the basic rules or etiquette for bathing in Japan. Here are a few pointers:

If you’d like a more comprehensive run down, check out our article, A Quick Guide to Onsen Etiquette.

Inked? Unfortunately, finding tattoo-friendly onsen can be tricky, but that’s not to say they don’t exist. Though the situation is changing, stigma around tattoos still exists in Japan due to their association with organized crime, or the yakuza. That said, you can find English-language resources online that list tattoo-friendly facilities. Another option is to rent a private bath, called kashikiriburo, or for a truly luxurious experience, you can book a room at a ryokan with a private bath attached.

With a rich cultural tradition stretching back hundreds of years, onsens are perfect for anyone seeking a quintessentially Japanese experience—not to mention the relaxing, restorative benefits of soaking in mineral-rich hot waters. Whether you treat yourself to a night in a ryokan or opt for a day trip, be sure to put an onsen excursion on your to-do list when you are next able to explore Japan.

This post was originally published in October 2020. While we do our best to ensure that all of our information is correct, details are subject to change. Some facilities, including public foot baths, may be closed to prevent the spread of Covid-19.