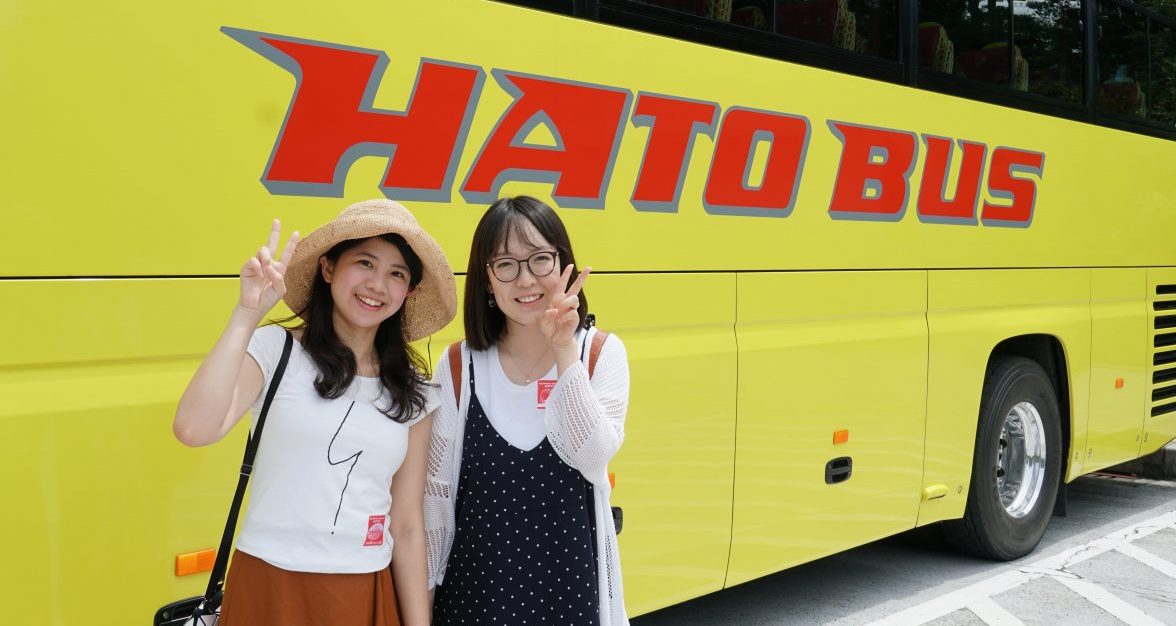 Features: In this tour you’re not just going by bus to the best spots in Tokyo—you can also enjoy a boat ride along the Sumida River.
Price: Adult 8,800 yen Child 5,300 yen

Asakusa and Nakamise
↓ (about 10 minutes on foot)

After you arrive at the Hamamatsucho bus terminal, the first step is to get your ticket. The tour guide will call everyone to the meeting spot when it’s time to gather. When everyone has gathered, the tour guide will distribute tourist pamphlets and such. As well as tours that take you urban centers, there are plenty of tours that take you outside of the city as well. I recommend taking a look at these while you’re on the bus.

Once you stick the red tour sticker on your clothes, it’s time to hop on the yellow bus and hit the road!

Our guide this time was Japanese, and since university they’ve been studying Chinese. Because they’re Japanese, they were well-informed on Japanese culture, and talked to us about all sorts of things. She was always ready to help us with a smile.

Located in Chiyoda ward, Tokyo, the Nijubashi Bridge is the collective term for the bridges that connect the Imperial Palace to the Imperial Palace Square. The bridge seen in front is called the Seimon Ishibashi, and the one behind it is the Seimon Tetsubashi, also known as the Nijubashi Bridge. It’s considered to be a very historical bridge. As a famous historical site, it receives an influx of international visitors. The Nijubashi Bridge was once a wooden bridge in the Edo Period, and because it was built high above the moat, a bridge pier was constructed underneath it to give the bridge extra stability. This made it appear as if there were two bridges, and thus was nick-named Nijubashi or Double Bridge. In the 21st year of Meiji (1888), it was rebuilt into a bronze bridge, and then in Showa 39 (1964) it was rebuilt once more into its present state. This bridge isn’t usually used except during visits to the palace on New Years and for official ceremonies.

Around the palace is a broad gravel walkway, which was curious to me, but it seems to be there to protect the palace from enemies. When you walk it makes sound so even at night you can know immediately if someone is trying to intrude.

To think that there was such an elegant place as this in the middle of the city! How wonderful.

Our guide recommended we visit the Asakusa Tourism Center, so we headed there first. On the 8th floor, there is an observatory platform with a sweeping view of Asakusa and the SkyTree.

Nakamise refers to shopping streets on the grounds of places like shrines and temples. The Nakamise in Asakusa is one of the oldest shopping streets in Japan. A total of 89 shops line this 250 meter long street, from the Kaminarimon all the way to the Kannondo. The beautifully illuminated sign boards and seasonal decorations attract not just Japanese visitors, but many tourists from all around the world. You can also see many visitors clad in kimono. After we enjoyed the shopping street, we paid 100 yen each to draw our fortunes. If you get good luck, you can take it home with you, but if you draw bad luck you should tie it to a spot designated by the temple. If you do so, the power of the temple will apparently protect you from bad luck. Sensoji was built in 628, making it the oldest temple in Tokyo. As far as Tokyo temples go, this is the one temple you don’t want to miss.

In front of the main temple is an incense burner where you can see smoke wafting up to the sky. If you wave the smoke over your body, it is said to heal any ailments you may be suffering from. It was funny to do it with other tourists.

After we had a look around Sensoji, we walked 10 minutes through town to a restaurant for lunch. It was so humid that day that I was covered in sweat, but hearing the tour guides explanation while chatting with everyone was fun.

For lunch we ate at Itto Kai Yakiniku Gen, a popular yakiniku restaurant in Asakusa. You can order the fixed-price meat course and enjoy the drink and salad bar. The Japanese beef was tender and delicious. It was a marvelous feeling eating my fill of delicious Japanese beef. 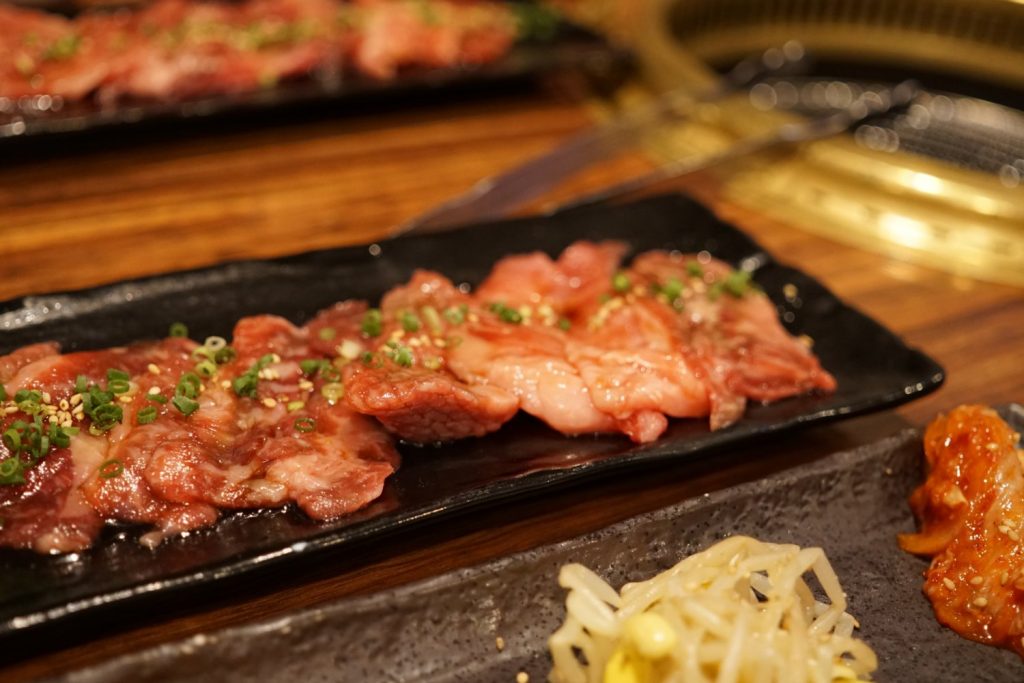 After eating we walked 10 minutes to the boat launch. On the way there we walked through the Shin-Nakamise. Because it has a ceiling, it was much cooler there than it was outside. 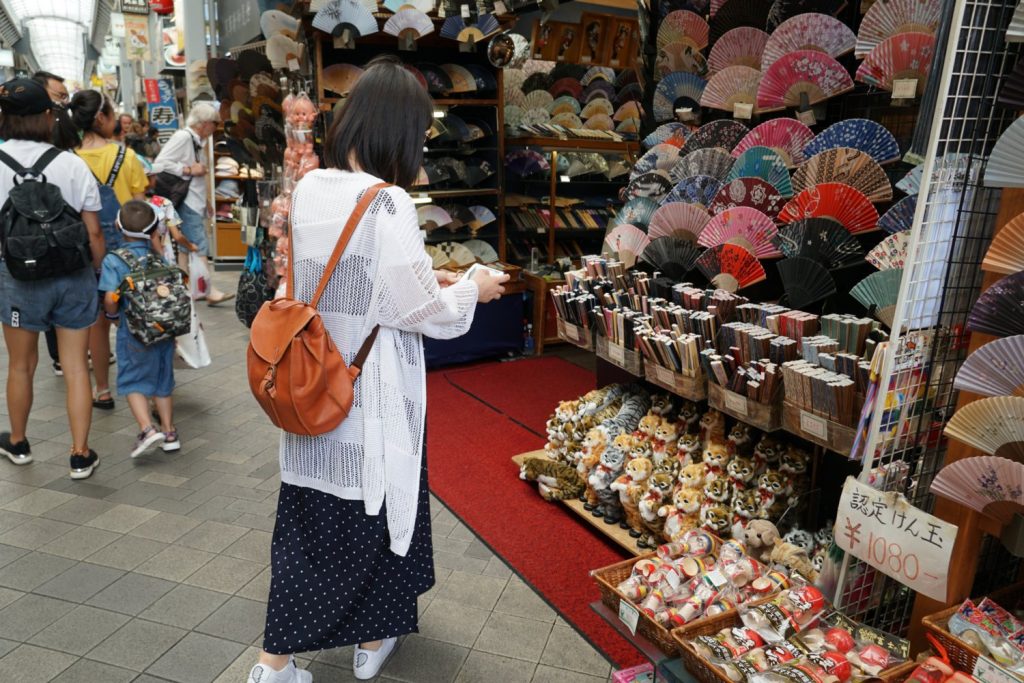 Spot 3: Sightseeing on the Sumida River

On the opposite shore of the boat launch is a golden building that is a beer company. The golden color of beer and foam served as the inspiration for the design of this building. The golden tower, together with the SkyTree and view from the Sumida River, forms a marvelous panorama. Sumida River runs through eastern Tokyo, and has a total length of 25km. Spanning Sumida River are 10 bridges in different colors and shapes. These exemplary bridges are resistant to earthquakes as well as fires.

Odaiba Palette Town is the symbol of Odaiba and boasts a top-class Ferris wheel and a large-scale leisure facility bursting with things to see and do. The shopping mall made to look like a townscape from the middle-ages, the car showroom and much more can be enjoyed by the whole family. We decided to check out the Venus Fort shopping mall and the History Garage.

Venus Fort
As soon as we entered the mall, all of a sudden a European city came into view as if it had appeared out of nowhere. The ceiling of the mall is made to look like an actual sky, and repeating in a one-hour cycle, blossoms into the red and pinks of a sunset before darkening into the night sky.

What do you think? Here, time seems to flow differently from the outside world. You can take in the atmosphere of a European city while shopping.

MEGA WEB History Garage
An automobile theme park, History Garage is on the 2nd floor of MEGA WEB and features a reconstructed town inspired by the 1950s and 1970s. Admission is free, so we decided to check it out. 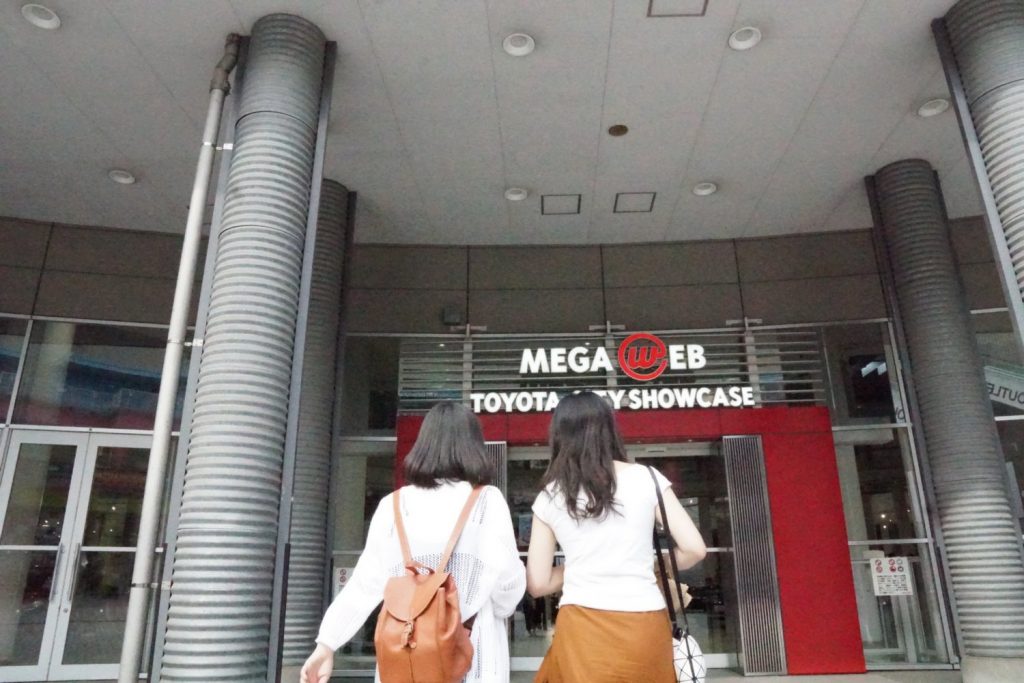 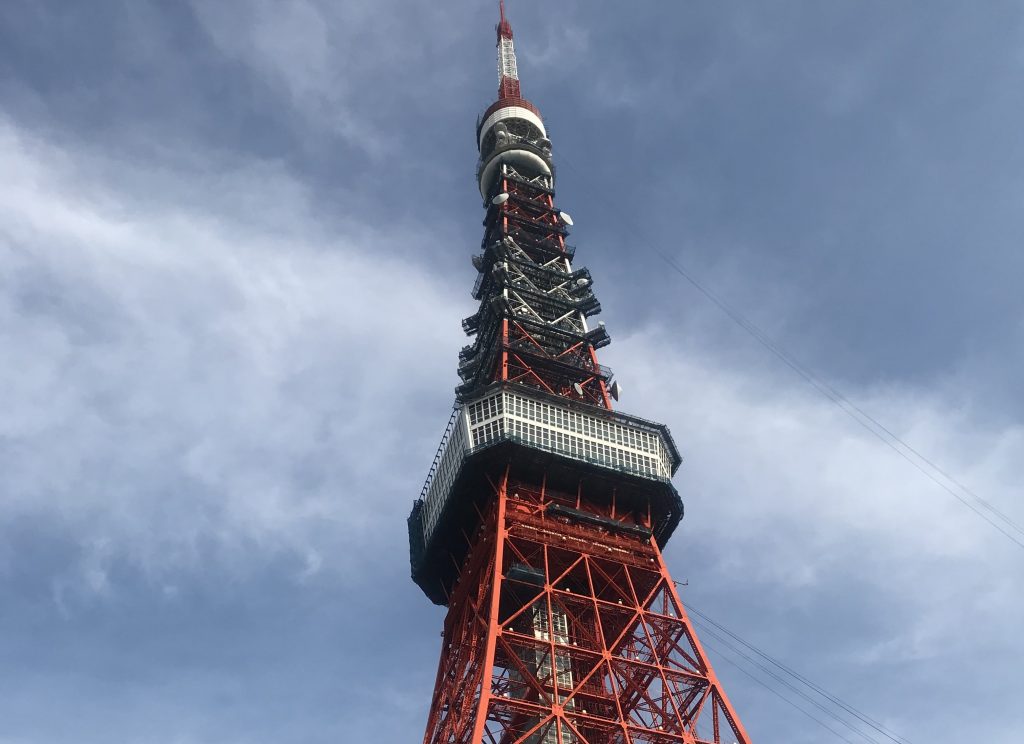 Tokyo Tower is a radio tower located in Shiba Kouen, Minato ward, Tokyo. It is used as a broadcasting and transmissions antenna. It has observatory decks at 150 meters and 250 meters high, and is a popular spot as a symbol of Tokyo.
At the 1st floor lounge there is a small art gallery, and you can see how Tokyo Tower and the city has changed over the years. This year was the 60th anniversary of its founding.

The view from the observation deck is incredible. If you’re lucky you might be able to see Mt. Fuji. At night the illuminated tower is very lovely, and from the ground you can take a beautiful picture from anywhere.

The end of our trip

And with that, our day trip came to an end. You have a choice of two ways back: Take the Marunouchi Line from Tokyo Station South Exit, or a bus from Hamamatsucho Bus Terminal. Summer this year in Tokyo is unusually hot. For me who tends to get hot easily, it’s a little rough, but the friendliness of our guide and the transportation mainly by bus allowed me, who has no sense of direction, to have a great time on the trip.

*For the most up-to-date information, please visit the website listed. I am interested in Japanese culture and am currently trying out many different things in Japan. I would like many other foreign nationals to get to know the amazing things about Japan that I was able to experience myself. If you are interested in the traditional Japanese food, kamaboko, you should definitely check out the restaurant, Suzuhiro Kamaboko-no-Sato. Over there, you will definitely be able to fully experience the charm of kamaboko.