Japanese Shrines: History tidbits that you may have not known 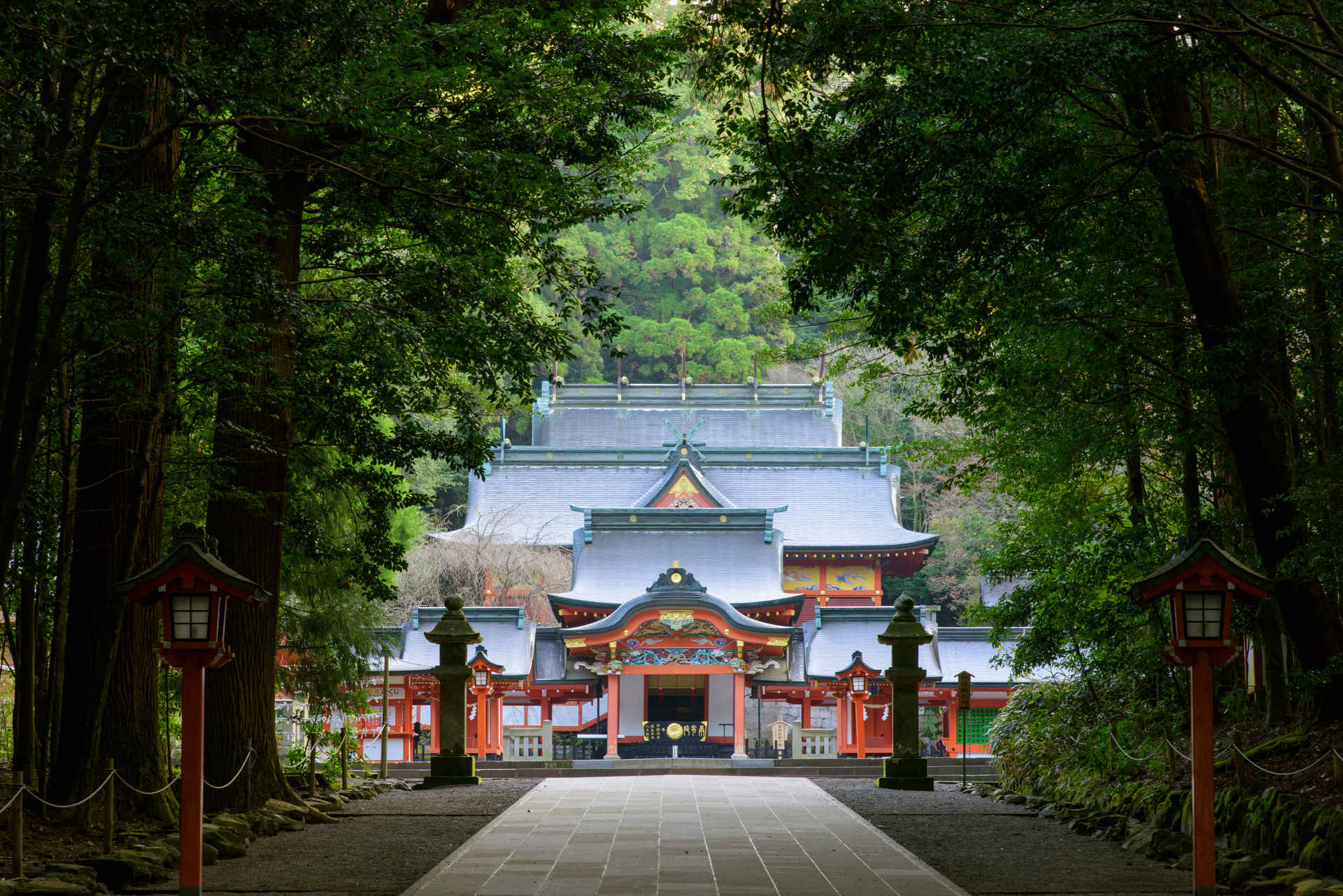 Shrines are undoubtedly a must-visit sightseeing destination in Japan. But have you ever wondered how these shrines originated and the meaning behind these sacred constructions? Read on to find out!

Why are there so many shrines in Japan?

Japan has always been considered as a country with countless mysterious traditions. Since the Jomon Period (around the New Stone Age era), Japanese people have believed that anything can have the power to protect — from classical elements, like fire and air, to the souls of living creatures, ancestors, and even inanimate objects. For this reason, you may find shrines worshipping radio waves, confectioneries, preserved vegetables, anything you may or may not think of. In Shintoism, all of these supernatural entities, or gods, are known as kami.

Originally, there were no fixed places of worship and believers built temporary altars to which the kamis descended. But as time went on, believers decided to build “permanent homes” for the kamis, which are known as “Jinja”. This term for shrines literally translates to “the Gods’ domicile”. As numerous groups of believers started building homes for their kami, these markers of Shintoism spread widely across the country, in which you will now find shrines of all scales throughout Japan.

The gate between the sacred and the mundane 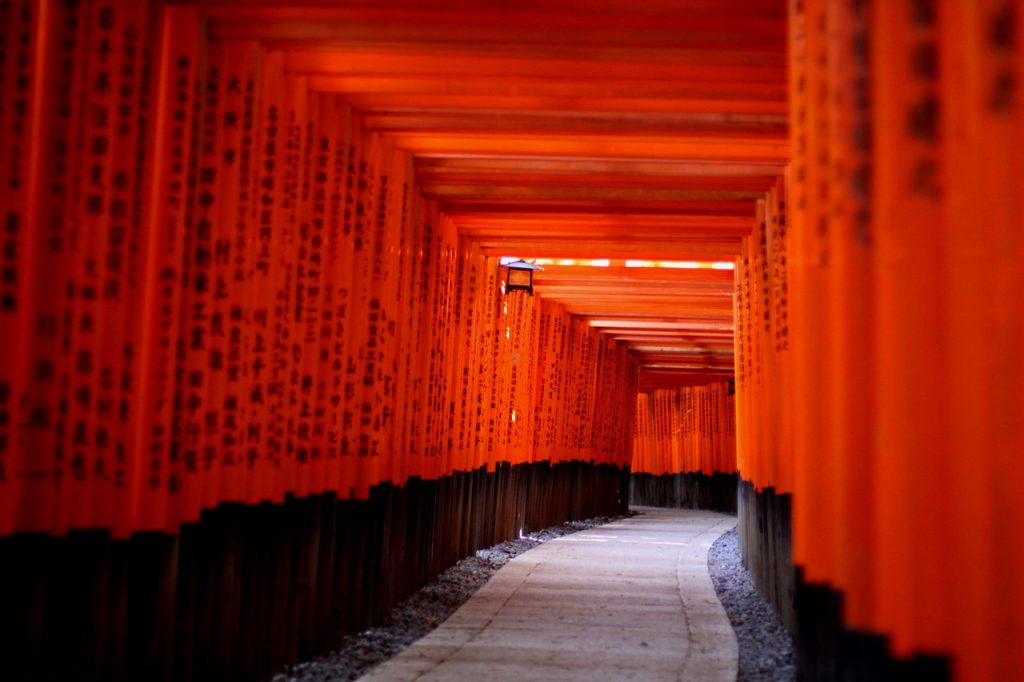 When you visit a shrine, you will first be greeted by a Japanese gate standing right at the entrance of the sacred precinct. This iconic construction is known as a torii (“the place birds reside”). According to one theory, the name originates from the Japanese myth of Amano Iwato. In the myth, the world has been plunged into darkness after the Sun Goddess, Amaterasu hid herself away in a cave. In order to lure her back out into the world, the other gods placed a bird on a perch at the front of the cave. The sound of bird song drew Amaterasu out of her cave, leading to the belief that bird perches indicate the entrance to the domain of kami.

Speaking of these Japanese gates, you might be imagining the tunnel of scarlet torii gates lining up towards the main building. This tradition is said to have started around the Edo Period, when people believed that the torii also fulfilled wishes. In order to “pass” their wishes to the kami, more and more toriis were built and formed this spectacular view. Look closely at the gates and you will see the names of sponsors painted or carved on them. If you feel keen, why not consider offering money as an oblation and get your name on there! (*price and availability vary, please contact the shrine for details.) 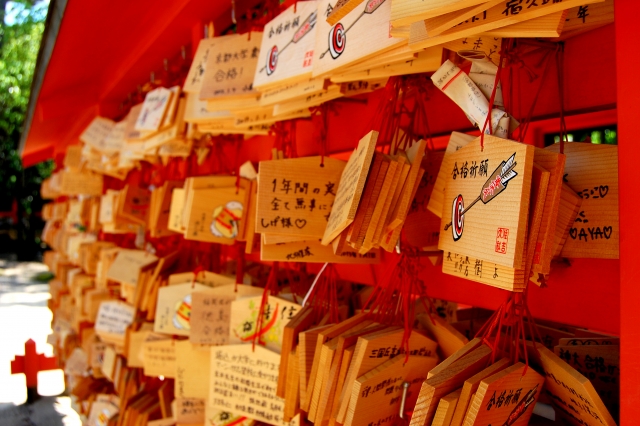 Making wishes is certainly one of the main missions when visiting shrines. Apart from the typical praying and bowing, you can also write or draw out your wishes onto a wooden board called ema (“horse painting”). You may think the name has no relevance, but in the early days, living horses were sacrificed to the kamis. This practice slowly transformed to offering paintings of horses, then eventually to today’s ema.

Further into the precinct, you will find emas hung up on wooden racks, which are definitely worth taking a closer look at. On these boards, you will find a collection of wishes written or drawn by people from all over the world. You may even find some masterpieces that artists have left behind. Of course, you can be one of them too! However, although there are no set rules on how to write emas, please be mindful that it is a medium to convey messages to the kami and should be written with respect.

After finishing writing your ema, you can either hang it onto the rack or take it away with you. But as it is a message to the kami, you might want to leave it there to make sure that they hear your wishes!

The beauty of shrines not only lies in the architecture, but also in the history and the many efforts believers put into preserving the tradition. No matter what your religious belief is, know the story behind Shintoism, respect the rules and culture of Japan’s indigenous faith to make the most of your experience at these mysterious cultural heritages on your next visit to Japan!

Originally from Hong Kong, currently based in Tokyo. Loves music and J-fashion, also an otaku. Enjoys gaming, reading about history and myths in her free time.